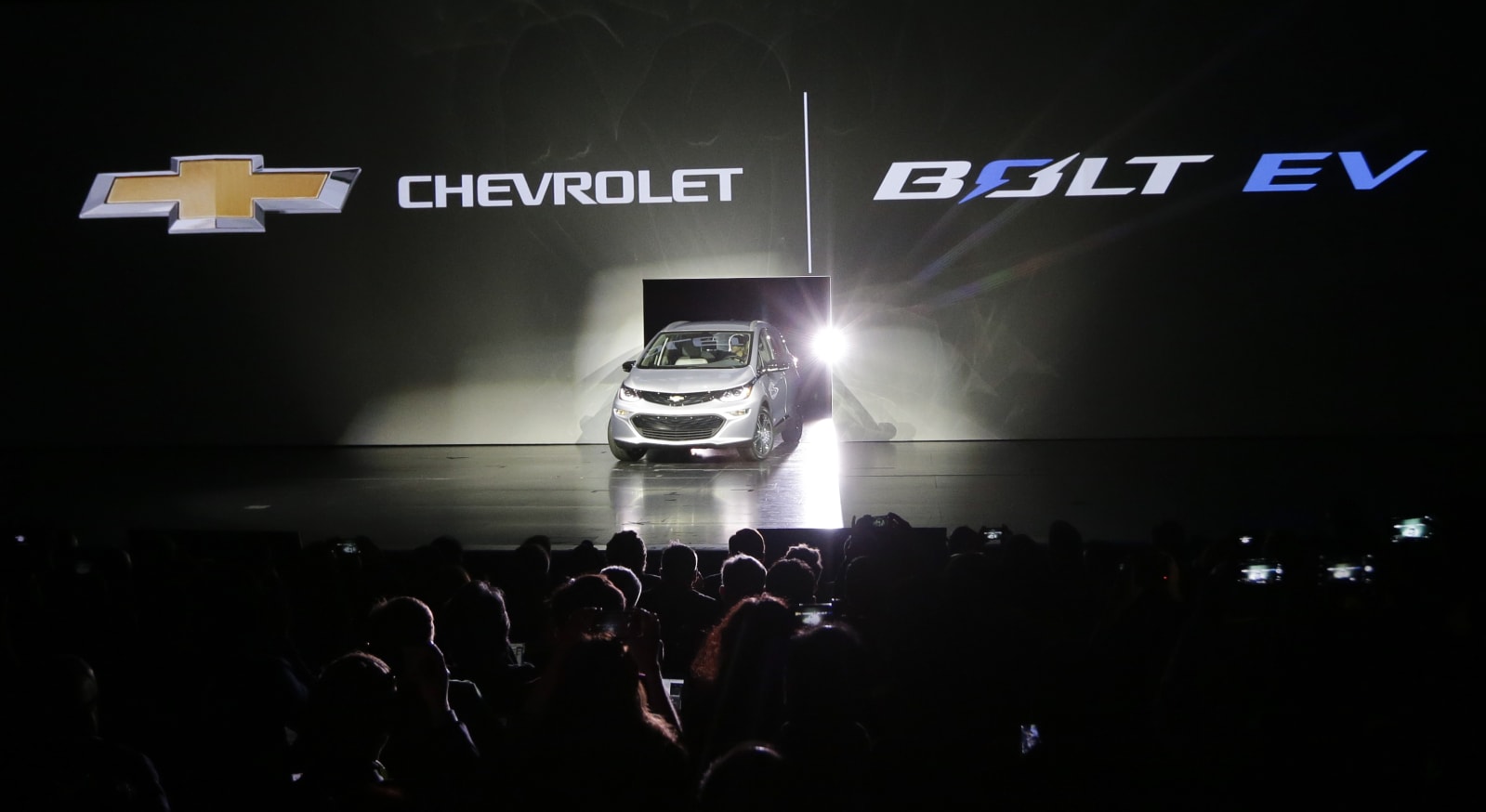 CES has been held in Las Vegas since the beginning of time (actually since 1978 and it started in Chicago way back in 1967) and over those years, many a tech trend has come and gone. Remember the year of IOT (that’s every year since 2013, apparently)? TVs, audio players, robots and blinking lights are always a mainstay, but in the past few years, something else has been creeping into the hallowed halls of the Las Vegas Convention Center: cars.

It’s not like CES was always devoid of vehicles. Audi’s had a booth in the North Hall since 2011. It was surrounded by aftermarket stereo and speaker booths that have been around for decades. Brands like Alpine, Cerwin Vega, Pioneer, Bazzoka (remember Bazooka Bass tubes?) filled that hall with custom BMWs, Jeeps, Minivans and an inner-ear destroying amount of bass. But then cars started getting smarter.

Like all things car-related, it took time. Automakers typically take about five years to conceive of and introduce a new car. Way back in 2012 when social media was fun, smartphones were exciting, and in-vehicle tech was an afterthought for the average person, Audi was showing off concept cars in its heaven-inspired glowing white booth. Audi’s shrine to cars didn’t seem like it fit in with everything else at CES, but it was great fun to look at and explore. But times change.

Cruise control evolved into adaptive cruise control. Lane-keep warnings were overtaken by lane-keep assist systems. The smartphone in your pocket migrated to the dashboard. The electric car became something that regular people actually wanted to buy. Plus, the catch-all phrase of all catch-all phrases appeared, “mobility.” 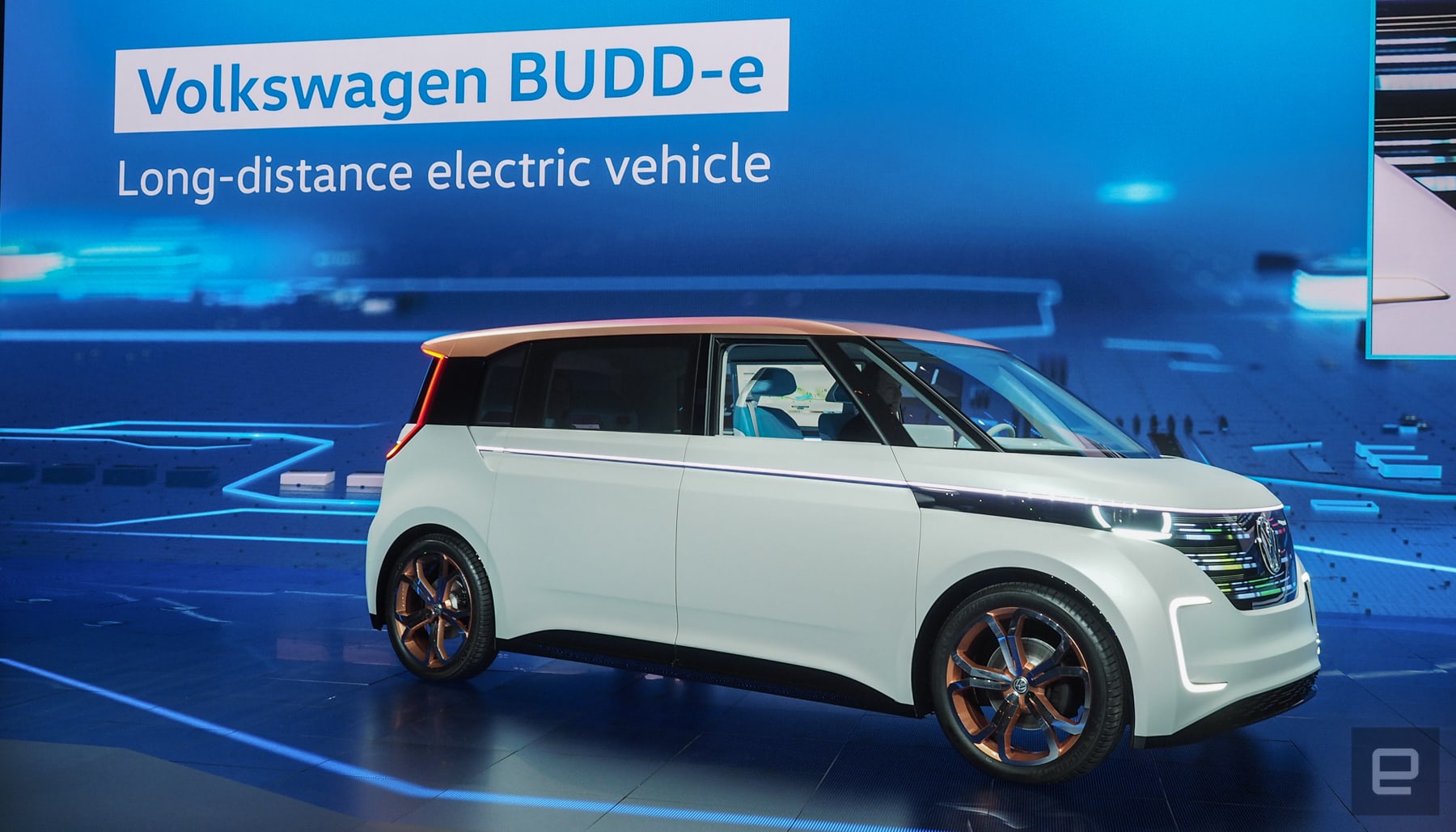 At CES, automakers saw an opportunity to highlight the tech in their vehicles. To show journalists, analysts, and buyers for big electronics stores that a car is more than four tires and a steering wheel. Plus, why stare at a 100-inch TV when you could wander outside and sign up to drive a BMW or sit in an Audi R8?

Automakers began “showing up” to CES. Cars were shown, concepts were unveiled and the tech press started to take notice. It also meant that automotive reporters started attending the event too. They could see the newest wares from the companies they covered and check out some of the coolest vaporware in the car space. Also, a few things that actually made it to market.

GM and Volkswagen both unveiled electric vehicles. Both would be huge for their respective companies. The Chevy Bolt went from idea to unveiling in three short years and beat the Tesla Model 3 to market as an affordable EV. It has a range of over 200 miles and with tax credits, will cost you just a hair under $30,000.

Volkswagen’s BUDD-e signaled the company’s move towards an automaker that wants to be a leader in EVs post-diesel-gate. The BUDD-e (which eventually transformed into the I.D. Buzz) was the first vehicle to be announced with the company’s modular electric drive matrix (MEB) platform.

Since that announcement, VW has aggressively pursued electric vehicles with an entire I.D. lineup coming in the next few years based on the MEB platform unveiled at CES.

Both of these vehicles could’ve been announced at the LA or Detroit auto shows (that bookend CES). A traditional launch at a traditional event. Instead, GM and Volkswagen decided to take the wraps off these cars in the desert.

It was a huge turning point, not only for CES, but also automakers. Unveiling a vehicle or concept car at the electronics event gave them access to a host of new outlets. At the Detroit show, the Bolt would have done well but would also have been buried by news of a new truck 15 minutes later. At CES it wowed attendees and won Engadget’s official Best of CES™. 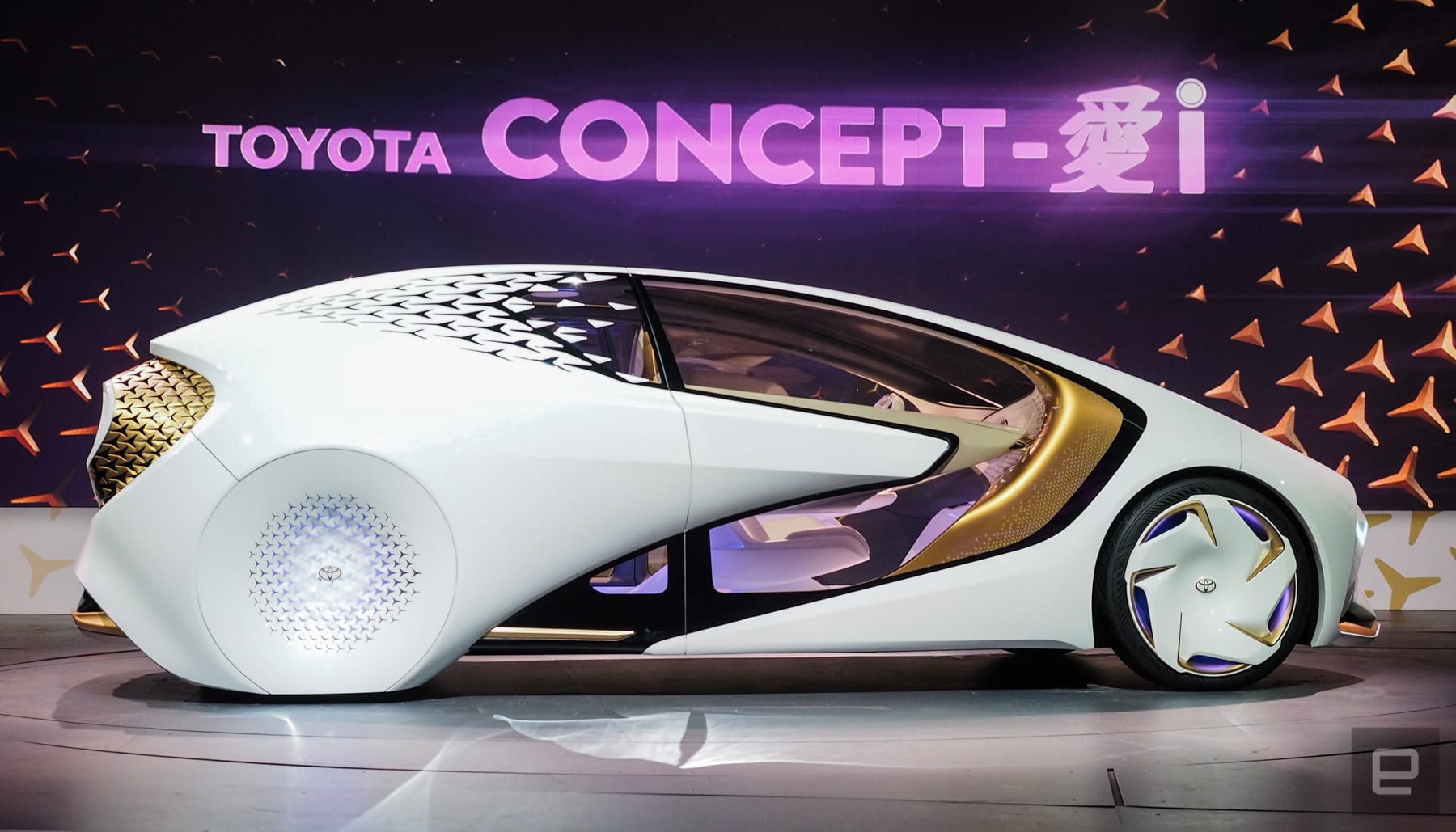 Automotive startups also started using CES as a launching point and like so many tech companies have had varying results. In 2016 Faraday Future showed off a weird concept car that looked like it was designed by a 13-year-old. The following year it pulled out all the stops to unveil its FF91 electric SUV.

With its ongoing financial issues and bleeding of talent, Faraday Future is close to becoming a CES cliche: a company introducing vaporware. Maybe it’ll pull it off. But if it doesn’t, it’ll join the thousands of CES gadgets that never made it. It’s the way of CES and even cars aren’t immune.

Now it’s almost a given that automakers will show something at CES. Last year Toyota took the wraps off what can only be described as a customizable storage container that drives itself. Startup Byton unveiled a car that’s more about creating an enjoyable passenger experience than anything else. Mercedes talked about its initiative to understand how people drive around the world to improve its AI system and showed us its voice-controlled MBUX infotainment system. 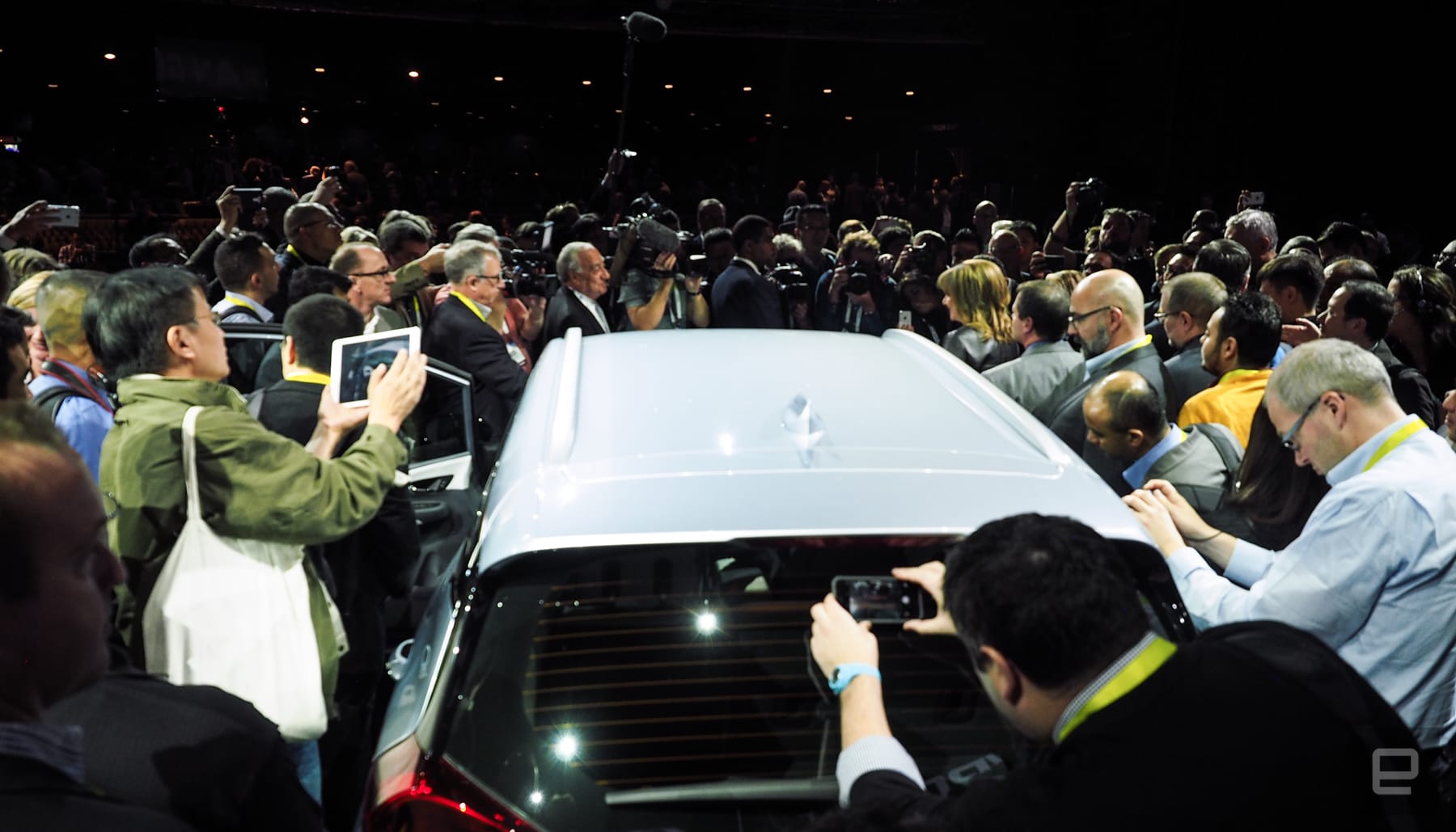 As an increasing amount of automakers position their vehicles as more than just dumb four-wheeled machines, the CES “auto show” will grow. We’ve accepted that the automobile — whether it be an entry-level small car with an innovative infotainment system or a top of the line electric sedan that can smoke most supercars off the line — is a gadget. Now we just have to accept that CES is an auto show that’s also home to a bunch of giant TVs.