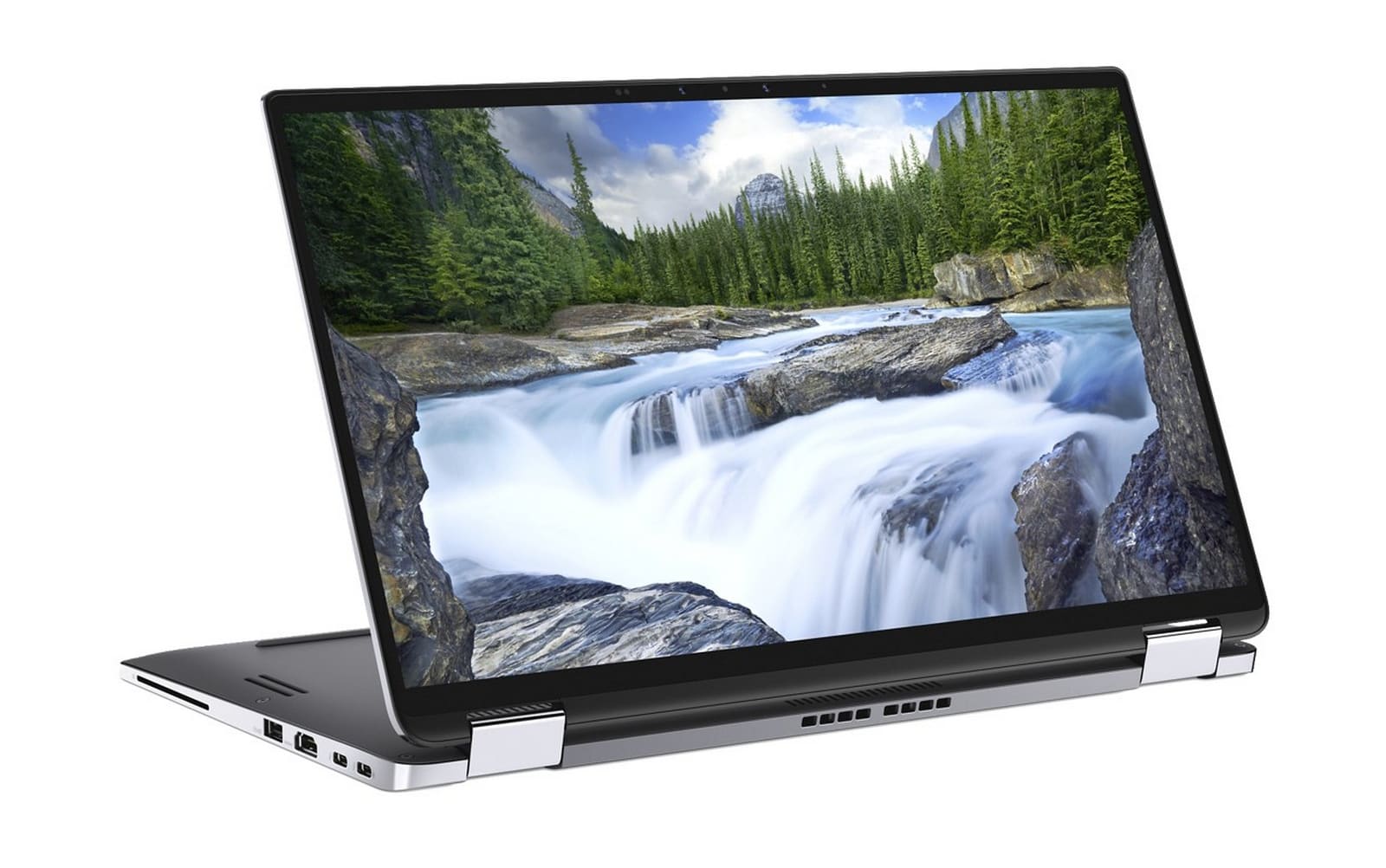 While Dell’s XPS and Alienware lineups tend to hog most of the attention, this year the company is making a splash with the more professionally-oriented Latitude notebooks. The new Latitude 7400 2-in-1 is a sleek machine that resembles a MacBook more than a corporate device. It has a polished aluminum case with diamond cut edges, and it manages to cram in a 14″ 1080p touchscreen while weighing three pounds.

Clearly, Dell has applied some of its XPS design elements too. It has some impressively narrow screen borders, and the company also used a “drop hinge” design to hide the fact that it’s a convertible notebook. The Latitude 7400 can also detect when you’re in front of it to trigger Windows Hello’s camera sign on. When you walk away, it can automatically lock your computer. That’s something paranoid IT departments are sure to love.

The Latitude 7400 2-in-1 features Intel’s 8th generation quad-core CPUs, and it can be equipped with up to 16GB of RAM. There’s also built-in gigabit LTE available as an optional upgrade, and the display features “Super Low Power” technology to save some battery life. Aside from your choice of speedy m.2 NVMe storage options (all the way up to 1TB Class 40 drives), there aren’t too many hardware surprises in the Latitude 7400.

But based on my short time with it during a Dell demo event, it’s clear the company is trying to deliver a new level of polish to a traditionally stodgy market. Folding it into tent and tablet modes feels smooth, and as is typical, typing on the keyboard and mousing around with the trackpad felt great. And unlike Apple, Dell is giving professionals plenty of port options, including two USB Type-A ports, two USB Type-C connections with power delivery, an HDMI connection and an SD card reader.